Home / 로컬 / The Roh-Bush Summit: Meeting of Hearts and Minds?

Amid no small amount of Korean anguish over the status being given President Roh Moo-hyun’s visit by the Bush Administration, it should be noted that Mr. Bush rewards loyalty highly and President Roh’s expenditure of domestic political capital to support Bush’s war against Iraq did not go unnoticed.

When his father was president, George W. Bush was known as the loyalty enforcer in the White House, quick to slam back in line anyone he thought was not being fully supportive of Bush 41. In the aftermath of the bruising battle to put together a “coalition of the willing” against Iraq, Bush 43 is seeing to it that those who joined him are amply rewarded.

Washington commentators have noted the full White House honors given last week to the seven Eastern European nations in the coalition, the movement on a free trade agreement with Singapore but not Chile, the Texas visit extended to Australian Prime Minister John Howard, Spanish Prime Minister Jose Maria Aznar’s third meeting in less than three months with President Bush, the upcoming visits by President Gloria Macapagal Arroyo of the Philippines and Primer Minister Junichiro Koizumi of Japan.

President Roh’s visit, then, is symbolically quite important, even if, as some have noted, it is being labeled an “official” visit rather than a “state” visit and Roh’s time spent with Bush will be considerably less than Mr. Koizumi’s.

What substantively will come of the visit is another question. “Roh Moo Hyun and the president will get along well as people,” former US Ambassador to Korea Donald Gregg told The New York Times. “The problem is, how will they get along when they start talking about North Korea?”

Before actually meeting Bush, Roh reached out to bond with him. Bush “is very committed to democracy and very frank,” Roh told reporters on his flight to the US. “He also strikes me as someone who would keep his word.” Seeking to assure Washington about himself and his philosophy, Roh added, “I know that there are some doubts in the U.S. about Korea and its incumbent president. I intend to clear them away during my stay here.”

Reaching out beyond Mr. Bush, President Roh sought to assure the US public about himself by identifying with one of America’s most revered presidents, Abraham Lincoln. The Washington Times, in a 5/12 Seoul interview, asked Roh why his itinerary included a visit to the Lincoln Memorial. “I have high admiration for the history and values of the United States. Above all, I have a particular envy of President Lincoln’s life, his political achievements and his philosophy, and I think we have some common grounds. So, by visiting the Lincoln Memorial, I hope to deliver all these contents to the people of the United States.”

The bonding may indeed happen, with both Mr. Bush and the American people. Mr. Bush is well known for liking to “look leaders in the eye” and judging them that way. But policy differences will be hard to paper over. In The Washington Times interview, President Roh was asked whether “the Bush administration doctrine of pre-empting regimes that have deadly weapons is more dangerous than the immediate military threat from North Korea.” Roh’s diplomatic answer, “I fully understand the mood and the circumstances that gave rise to such a doctrine. But I would like to discuss with President Bush that the circumstances on the Korean Peninsula may not be appropriate for applying this principle from the very beginning.”

Most Washington analysts believe that the Bush Administration, while remaining divided on whether to pursue a tough, regime change hardball approach toward North Korea or to engage the North in a carrots and sticks dance, is united in not being willing to rule out the use of force against Kim Jong-il.

Secretary of Defense Donald Rumsfeld refused to rule out the possibility of war with North Korea in a May 4th Fox News Sunday interview, “The United States government…has never really leapt up and ruled things out. It’s not a helpful thing.

In a 5/12 interview with The New York Times, President Roh said he was “very concerned” about hard-liners in the Bush administration and that he would urge Mr. Bush to continue negotiations with the North, no matter how slow or frustrating.

“The stronger party can afford to show some flexibility with the weaker party,” Roh told the Times.

On 5/11, The New York Times reported that the administration debate continues and that “American officials say they expect that after the meetings with Mr. Roh and Mr. Koizumi of Japan, Mr. Bush will authorize a limited set of talks with North Korea. But those talks may be intended primarily to convince China and allies like South Korea that the North will never give up its nuclear program on reasonable terms, and to win their support.”

The Roh-Bush meeting should, then, strengthen the relationship between the two leaders and bring some agreement on a “peaceful approach” toward North Korea. But the contours and content of that peaceful approach will most probably remain quite different for both men. President Roh is not likely to get any commitment from President Bush on “no use of force” or, for that matter, on “no use of sanctions” against the North.

The Roh-Bush summit should bring a meeting of the hearts. Given the internal battles on-going in the Bush administration, it is unlikely, however, that will be a meeting of the minds between the two men on North Korea policy. 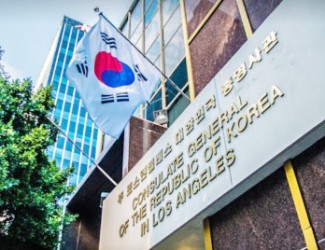